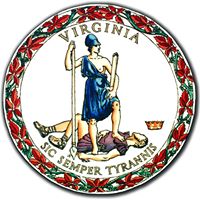 King George, VA - Virginia State Police is investigating an altercation that turned into an officer-involved shooting at the Virginia DMV Motor Carrier Service Center’s Dahlgren Weigh Station on Thursday (March 25, 2021). The weigh station is located in the 3900 block of James Madison Parkway in King George Count, Virginia, approximately 1 mile south of the Harry Nice Bridge at the Virginia-Maryland border.

The incident occurred shortly before 11 a.m. when an SUV pulled off Route 301 into the weigh station’s parking lot. Moments after the SUV parked in the lot, a female passenger exited and began running away from it. The male driver quickly exited and appears to have fired a handgun at the female. The male suspect was shot and succumbed to his injuries at the scene. His remains will be transported to the Office of the Chief Medical Examiner in Richmond for examination, autopsy and positive identification. A handgun was recovered at the scene.

The female was transported to Mary Washington Hospital in Fredericksburg for treatment of serious injuries.

An occupant of the truck that was being inspected was also injured in the shooting. He is being treated at Mary Washington Hospital for serious, but non-life threatening, injuries.

In accordance with Virginia State Police policy, both state police personnel are being placed on administrative leave pending the outcome of the investigation.