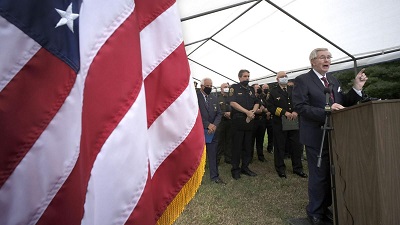 This interview followed an article, “Bill seeks to set up fund to boost Virginia State Police pay” published by the Washington Post during the morning of - February 19, 2021.

Recently, the public observed 200 Virginia State Police Troopers rush to the aid of the U. S. Capitol Police soon after protestors stormed the Capitol. This occurred as the Virginia State Police has approximately 300 vacancies. Vacancies that have continually increased as they have become more difficult to fill, especially when most local agencies and other state police agencies throughout the Nation are offering better compensation and at a time when the environment for law enforcement is very negative.