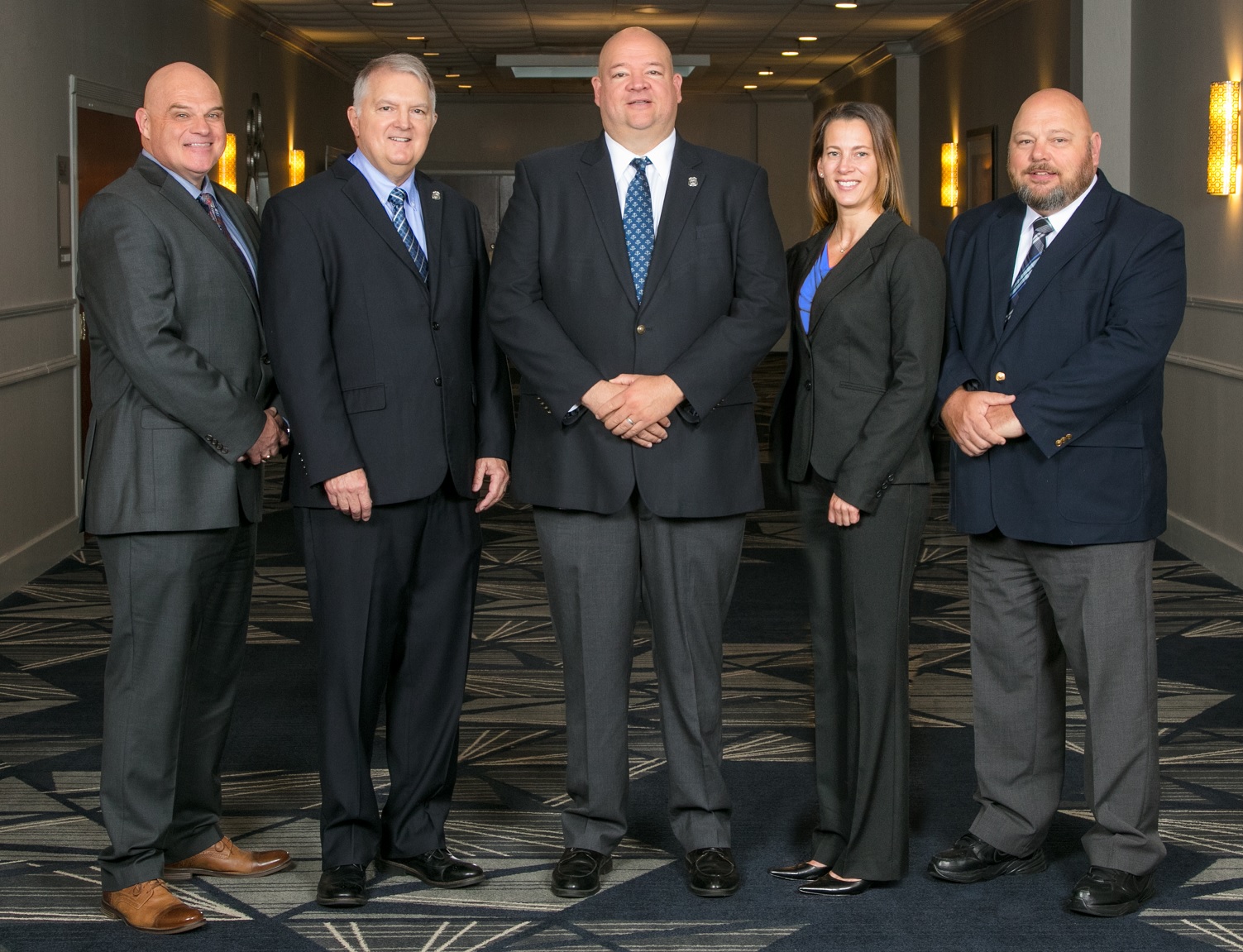 I hope this message finds you and your families well. A lot has happened since I began my term as President in March. Charter member, past President, and Executive Director Col. Wayne Huggins announced his retirement at the end of the summer at my first Board meeting. We recognized his service at a dinner recently and are happy for him to now fully enjoy time with his family. It is well deserved. After that March meeting I also spoke with our General Counsel Bill Etherington who also expressed his intention to retire at the end of year.

The Executive Board with guidance from Wayne began seeking a replacement for the Executive Director position. We started with Senator Bill Carrico and were pleased to offer him the position which he accepted. He hit the ground running and is currently working with the Governor's Office and State Legislators on a many issue of interest to you. Chief among them are the Cardinal Pay System problems, securing long term annual increases to maintain the new pay chart avoiding compression, enhanced benefits around the Hazardous Duty Supplement, and beginning work through legislative efforts to building a better health insurance option for us upon retirement. We recently met with the Governor and discussed all these priorities, which he was interested and well-versed in.

We also undertook an issue that has been at the forefront of the Board's mind for many years. Can we offer more of a full-service legal coverage benefit? The answer was yes. We took Bill Etherington's retirement as an opportunity to evolve. With his guidance we researched a plan to shift to a full-service, in house counsel; a new staff position. Sadly, Bill passed before he saw its completion, and we expedited implementation, offering the job to our own David Ostwinkle. The expanded legal benefits have been circulated and are included in the new membership packets. David and Bill Carrico have already been working on the Cardinal issue since we identified the problem with the help of members. They are in regular contact with Major Holland among others, have attended several meetings with DHRM and PSB, and have been tirelessly working to get the overtime paid out and leave balances recorded correctly.

Almost 15 years ago in 2008 we adopted a formula which would raise the dues to a new Trooper's hourly wage. We suspended its implementation for many reasons over the last two decades including no salary increases and Covid, revisiting it a few times, the last increase was $1.00 per pay period in 2020 resulting in the current $22 a month for active members. Given the economic climate, the costs associated with operating the Association, and the increases we were able to secure lessening all of our financial burdens, it is time to raise the dues again. The Board unanimously voted to a modest $1.50 per month increase; (.75 cents per pay period) resulting in total dues of $23.50 monthly. It is never an easy decision as money is tight even with our raises. It is necessary for the sustained health of the VSPA. Keep in mind there is another scheduled raise that passed within the current budget per the JLARC recommendation, "Sworn employees will receive the additional 5% statewide raise effective June 10, 2023. The pay chart will also increase by 5% at that time."* Our financial position is strong and we are continuing with a long term, conservative view with regards to our investments. The dues increase will lessen any impact on that position.

We are very optimistic from our discussions with Governor Youngkin and VSP Executive Staff that additional increases will be sought to account for the 1.4% recommended yearly increase as well.

We have also lost Board Member Howard Cook. He passed away surrounded by his family after a bout with cancer. A charter member, who with past President Ed Haith among others, began the Association in their basement in Northern Virginia at great risk to their careers. He was a friend and outspoken champion of Troopers and all LEO's in Virginia.

We are pleased to welcome Trooper Matthew McCrory and welcome back Sgt. James Elmore to the Board. James will finish out Howard's term as the Division 1 Representative, and Matt will complete David Ostwinkle's term as SPHQ Representative. There will be much more to come this year.

In closing, I would like to extend a sincere thank you to our staff: Executive Director Bill Carrico, Legal Counsel Dave Ostwinkle, Executive Assistant Sandra Winfree, Bookkeeper Phyllis Fincham, and Merchandise Coordinator Tammy Welton. All of whom put in countless hours to keep your Association operating at peak performance during these trying times. As your representatives, I promise you that we will always join together to adhere to our common motto of always being mutually helpful to one another. Please do not hesitate to reach out to myself, your Board of Directors or the office staff if we can be of assistance to you or your family. Merry Christmas and may God bless and keep you all safe.