(Watch Video of the Dedication Ceremony) *A must watch video which rotates to proper position at approx. 2 minute mark.

Trooper Harmon joined the Department in 1953 and was assigned to Pittsylvania County upon graduation from the Academy.  On January 10, 1960, Trooper Harmon was in the process of arresting a drunk driver in Campbell County, when the arrestee shot the trooper in the neck. Trooper Harmon was immediately and permanently paralyzed from the neck down. He died 35 years later in 1995 at the age of 65.  Inspired by his passion for public service and fortitude, Trooper Harmon’s son pursued a law enforcement career, and his grandson is Senior Trooper Henry G. Harmon of Area 43 in Division 6.  Henry Wayne Harmon was only three when his dad was paralyzed.  “I remember very little of him prior to him being paralyzed. I only remember the positive outlook he had afterwards as I grew up,” said Henry.  And as he grew up, his father inspired him every step of the way.  “He inspired me, my grandson, my youngest,” added Harmon. “I mean, it’s been an inspiration for all of us. That’s what got me into EMS and then later into law enforcement. We have to take care of one another.”

Trooper Brooks joined the Department on May 19, 1953 and was assigned to Pittsylvania County upon graduation from the Academy. On June 10, 1956, Trooper Brooks was investigating a vehicle crash on U.S. Highway 29 when he and three citizens were struck by a vehicle. Trooper Brooks succumbed to injuries sustained in the crash.  “He was committed to our country. He served in the Army, he served in the Marine reserves, and then he went to serve for our state. So, besides being a prankster from what I understand, service meant a lot to him,” said Lindsay Brooks, granddaughter of Henry Brooks.

During the ceremony, portraits were given to the families of the two Troopers.

The VSPA would like to thank the Board of Supervisors for taking the steps to ensure Trooper Henry Murray Brooks, Jr. and Trooper Henry Noel Harmon will never be forgotten for their service and sacrifice.

Below are photos taken at today's service. 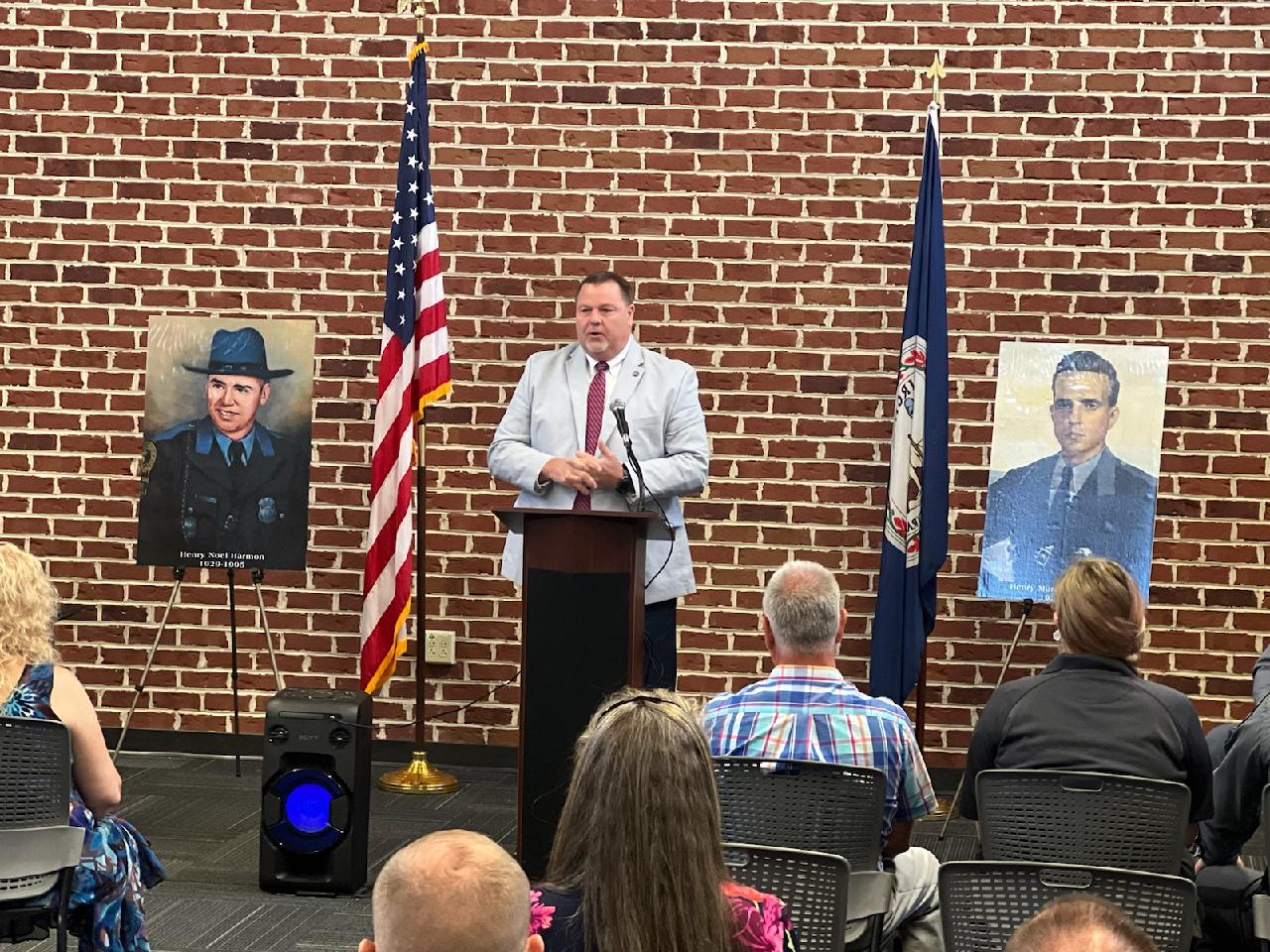