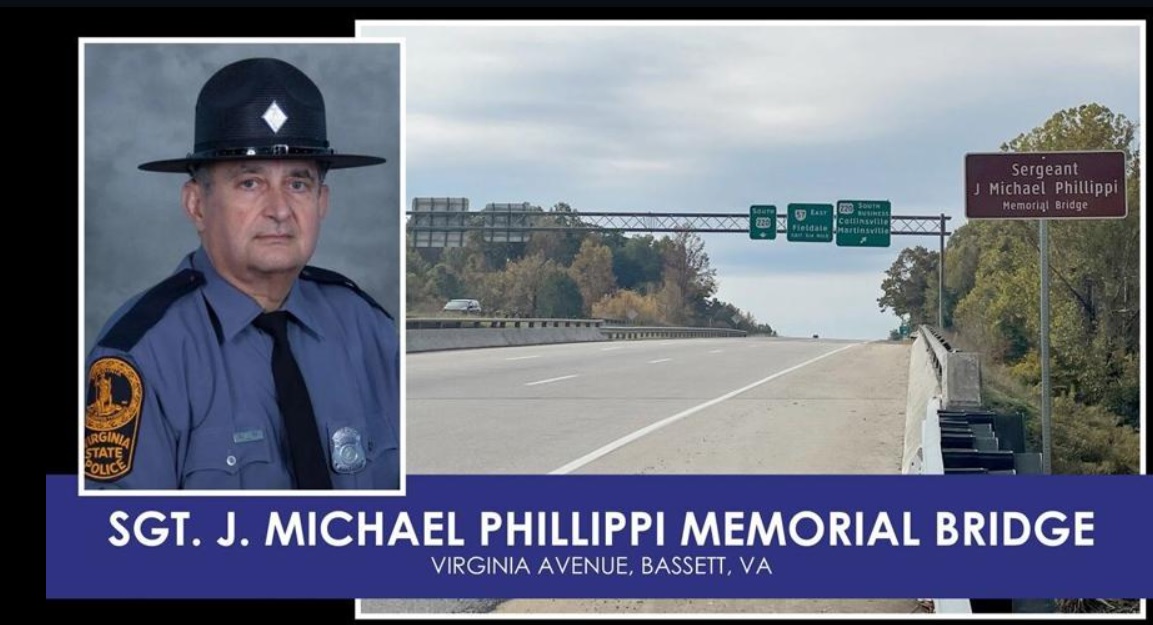 During the Henry County Board of Supervisors meeting on Tuesday, October 25, 2022, the Board recognized Seven law enforcement officers who died in the line of duty with the unveiling of bridges named in their honor. The fallen honored were John Hughes Mitchell, George S. Frame, John J. Johnston, Willis Herman Ferguson, George Melvin Brown, Paul Edward Grubb, and Sergeant J. Michael Philippi of the Virginia State Police.

“While we know that a mere sign is a small token and cannot replace what these families have lost, we sincerely hope these signs will guarantee that the names of these officers and their sacrifices will never be forgotten,” Jim Adams, chairman of the Henry County Board of Supervisors, said.  The bridge on U.S. 220 over Virginia Avenue in Henry County has been named the “Sergeant J. Michael Phillippi Memorial Bridge” in honor of the Virginia State Trooper. 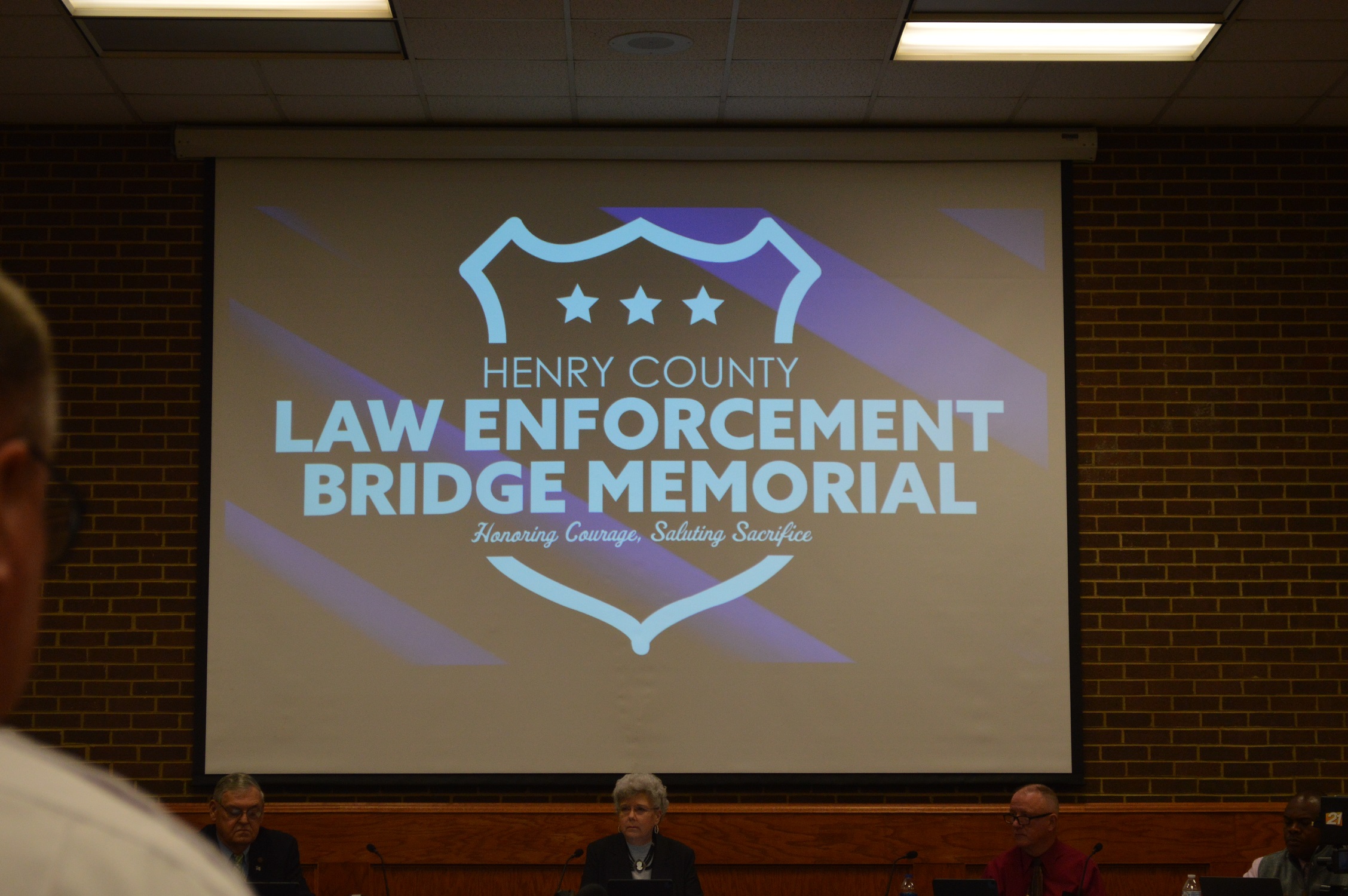 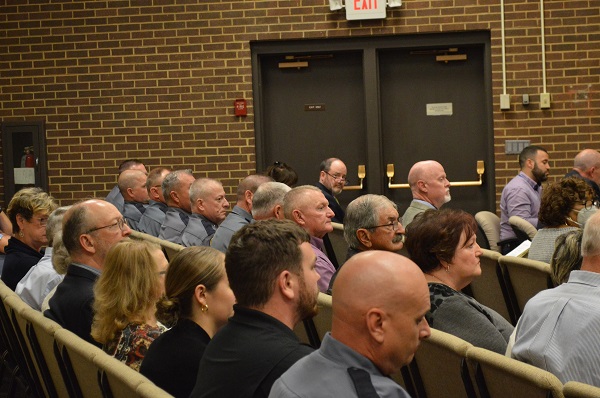 Sergeant Phillippi served with the Virginia State Police for more than 42 years. Tragically, on Saturday morning, January 11, 2014, he was involved in an automobile crash in Henry County where he died becoming the 60th Virginia State Police Officer to give the ultimate sacrifice while serving and protecting the Citizens of Virginia.

When the accident happened, Sergeant Phillippi was working the overnight supervisory shift for the state police’s Salem division.

Sergeant James Michael Phillippi who was a native of Gate City spent most of his 42 years with the state police office that serves Martinsville, Henry County and Patrick County. He was promoted to sergeant in 1990.

Colonel Steven Flaherty, Superintendent of the Virginia Department of State Police, said about Sergeant Phillippi, “He was highly respected for his leadership, strong character, integrity, and dedication to mission, Sergeant Phillippi was totally loyal to the troopers he supervised and mentored, and the community he served.”

Additional information is available in the Martinsville Bulletin.